After months at the negotiation table and assistance from the US government, the Pacific Maritime Association and the International Longshore and Warehouse Union have finally reached a tentative agreement on a new five year contract covering workers at all 29 West Coast ports.

Details of the agreement have not been released but both parties are happy with the outcome and the ports will resume to full operation immediately.

We have been told the backlog may take up to 6 months to clear, for this reason we are making the following changes to our South Bound services ex the West Coast:

Contract dispute between Pacific Maritime Association (PMA) and International Longshore and Warehouse Union (ILWU) may inevitably result in a port strike at West Coast ports in the US.

PMA has said it will suspended vessel operation from the 12th, 14th – 16th February. This may bring the already congested ports to gridlock.

We will continue to update this news article as new information comes to hand.

We continue to see challenging conditions through various ports in the United States. The major delays are being experienced through the port of Los Angeles effecting all containers departing, arriving or being railed via this port.

The situation regarding the US West Coast ports has not improved despite the involvement of Federal Mediation. On February 4th, 2015 the Pacific Maritime Association (PMA) submitted an "all in" offer to the International Longshore and Warehouse Union (ILWU) which has not helped the two parties come to an agreement.

West Coast ports are at capacity and vessels remain offshore awaiting berth further intensifying the congestion issues. We will update this page with any new information as it comes to hand.

Can I route my cargo differently?

Our Account Management teams are equipped with the most up to date information for cargo in and out of these ports and will be able to offer the best tailored route for your shipments.

The situation regarding the US West Coast ports has not improved despite the involvement of Federal Mediation.  According to several sources, the Federal Mediator has left the negotiation table due to the growing rift that exists between the two parties and  their unwillingness to compromise.

There has been renewed talks about labour strike action or a lock out by Pacific Maritime Association (PMA) members.  The International Longshore & Warehouse Union (ILWU) apparently voted and have agreed to a strike plan if needed. The PMA voted for a lock out but only a  minority of its members voted in favour.  The carriers don’t think a lock out would solve the issue for the long term.

Oceania Freight Services via Oakland will temporarily be moved and held in Vancouver until the situation approves. We are looking into alternate routings for Australia and New Zealand freight.

There appears to be no real sign of an agreement being reached between the two parties in the near further intensifying the congestion issues. We will pass on any new information as it comes to hand. 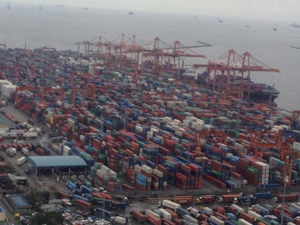 Back to News
NOTE: Content in the panels below this point are not visible on the site unless used by other features e.g. gadgets, OB&E, etc.

Notice to users of Internet Explorer 9 and below

This site is designed to support modern web standards, as such we cannot guarantee that the web browser (IE9 or lower) that you are visiting this site on will work completely as expected.

For the best experience, we recommend using one of the following browsers:

We use functional and analytical cookies on our website to offer an optimal user experience. In addition, we use tracking cookies, which can collect information about you and follow your internet activity within our website, and possibly outside our website as well. This information will be used to measure the effectiveness of our advertising from various channels and to offer you personalised ads. Click on [Agree] or [Disagree] to accept or refuse cookies. You may withdraw your consent at any time. For more information, please visit our cookie statement. Please note that with cookies disabled you will have a degraded experience with some features.